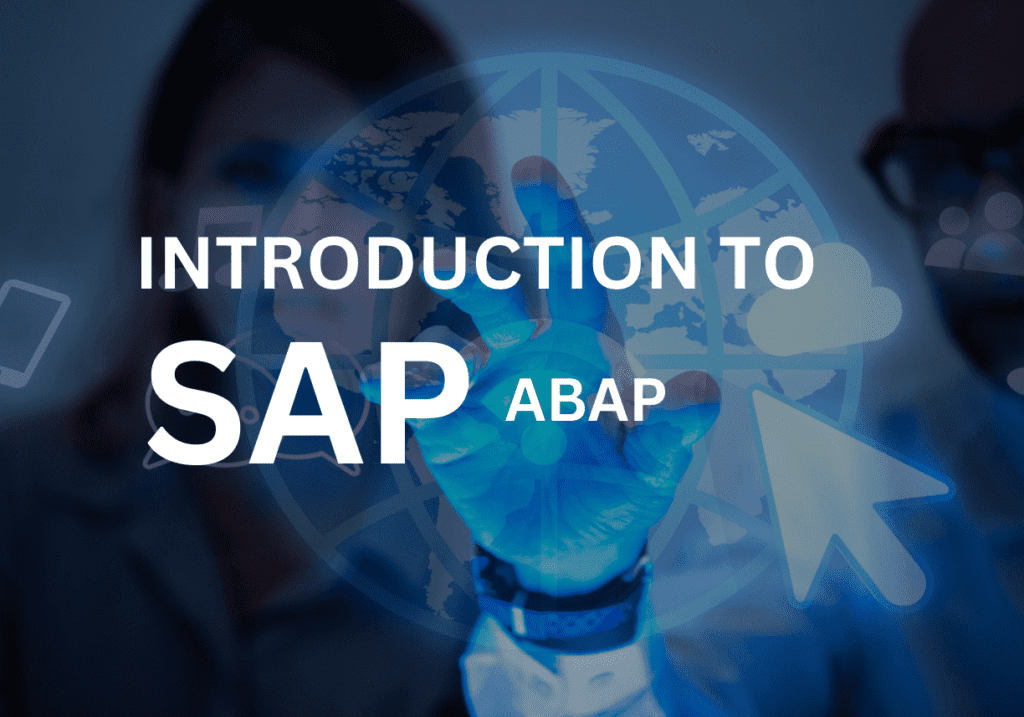 An overview of SAP ABAP

SAP’s proprietary language is Advanced Business Application Programming / 4GL (ABAP/4, also known as ABAP). ABAP is used to develop more than 80% of SAP R/3. At the time of program activation, the ABAP Program code is “generated” into Byte-code and is processed by the ABAP Processor, which is part of the Kernel and Basis Services (a set of core programs written in C). Because BASIS modules are required, any ABAP program can only run within an SAP environment.

Many aspects of the programming language and ABAP editor environment are similar to the COBOL / IBM Mainframe environment. However, much of it has been scaled down to make the language more modern. Each statement ends with a period, and the language is case-insensitive.

To some extent, ABAP programs are event-driven, though their event handling capabilities are not comparable to those of full-fledged object-oriented languages like Java or Visual Basic. The “Class Builder” can be used to define and implement ABAP objects or classes for use in report and dialogue programs.

The SAP System’s core programming language is ABAP, which was created in 1980 by the SAP AG company in Germany. This language was originally designed to create reports for the SAP R/2 system, which enabled large businesses to build mainframe business applications for MM and FI (Financial Accounting). SAP has added new features to ABAP over the years, such as ABAP Objects, ADT, and so on.

The following are some ABAP development milestones:

ABAP Reports: SAP reports are designed and generated using ABAP reports. An organization can monitor daily sales and turnover with the help of reports.

SAP ABAP Workbench: The ABAP workbench is a collection of tools for creating SAP application components. Workbench’s essential elements are:

ABAP programs are executable units or libraries that contain code that other programs can reuse. The SAP NetWeaver Application Server is used to run these programs. An ABAP program includes several processing blocks that can be executed in any order within the source code.Each ABAP program has a type that specifies how it will be executed. There are primarily two types of ABAP programs:

The executable programs can be run directly or started by entering the program’s name. There are two kinds of these:

Non-executable programs are those that cannot be run directly. These programs contain source code that is only accessible to other application programs. These are classified as follows:

Where is SAP ABAP used?

If you are an SAP Developer, you are probably familiar with SAP ABAP development routines.

According to one source, SAP ABAP is used by the world’s top companies. Here is a list of organizations that use SAP ABAP.

SAP ABAP is also used when Object-Oriented Programming is required in SAP. SAP ABAP is used when custom changes to SAP modules are required. ABAP positively impacts the trade even though SAP Modules are configured without coding. While programming in SAP ABAP, you can also count SAP ABAP in the following domains.

SAP’s current development platform, Net Weaver, supports ABAP as well. It also works with the Java programming language. In a nutshell, ABAP is the programming language that allows for creating custom business applications. As a result, because it is native to SAP, you will need to understand how SAP works in the background.

What are the primary roles of SAP ABAP Consultant?

In recent years, learning ABAP programming has become essential. This platform can handle a variety of tasks. Developers use it to create the R3 platform, a simple language to use and learn.

An effective program that aids in the development of object-oriented programming. It has helped SAP customers in the enhancement of SAP-based applications. It also gives you freedom when creating custom reports and interfaces. Because the ABAP language is simple to learn, many programmers use it.

ABAP is the standard programming language for developing on-demand and on-premise business software. Java is used to run Java-based applications here. ABAP provides IT industries with high scalability and dependable life-cycle management. The ABAP stack can run multiple ERP applications such as MM, SD, and FICO.

Overall, advanced business application programming is a straightforward language that is simple to grasp and learn. Since 1992, it has enabled the development of client-server programs.

SAP ABAP program developers have numerous career options. They certainly have a fruitful future ahead of them.

Many MNCs seek such programmers to help their businesses grow, and they, of course, pay well. If you learn and apply the information correctly, it could be the turning point in your career.

ABAP (Advanced Business Application Programming) is a fourth-generation high-level language used to develop SAP software. With the right SAP ABAP online training, you can easily create more robust and user-friendly applications and shape a career as an ABAP programmer. TekSkilled’s ABAP online training provides knowledge about this language and is also very useful for those who wish to pass the SAP ABAP certification exam.